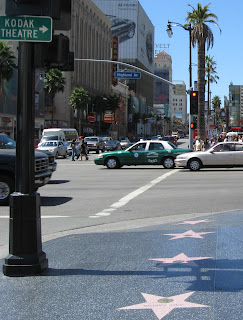 1987…sigh…I had a massive crush on television star, Kirk Cameron that year. Posters and photos of Kirk covered my bedroom walls. I was completely obsessed with him. Through the fuzz and static our rabbit ear antennae provided, I glued myself to the TV each week to catch a glimpse of Kirk on Growing Pains. So what if my eyesight was ruined for sitting too close? Fuzz, static and perfect vision were such a small price to pay for love. Besides, what if Kirk found out I wasn't watching? I couldn't bear breaking my soul mate's heart.

I once wrote Kirk a letter, and enclosed my school picture. Much to my dismay, he never replied. In retrospect, maybe the school picture was a bit much. After all, it was a rather frightening photo.

Like many teen girls, I thought if I could just meet my crush he would find me likable, lovable and worthy of his attention. If I could just touch him, shake his hand, or get his autograph, my life would somehow have merit. I had convinced myself that Kirk possessed some supernatural power to instantaneously grant me worth and make my life whole through one simple meeting, autograph, or touch. And so, I chased after a star in search of fulfillment.

Years have passed, and Kirk and I have gone on to lead separate lives. (I really think that school picture might have sealed the deal for him.) Though my infatuation with him has faded, my longing for love and worth has not. I'm still very much like that twelve year old girl back in 1987 on the chase for adoration and merit. Truth be told, I think all of us are like that…desperate for someone to love us and complete us. Hungry for that one touch; that one signature; that one meeting that gives us the fulfillment we seek.

I've chased after a lot of stars.  I've even been incredibly blessed to meet a few. Just this past weekend in fact, I met Christian group, Selah. If you aren't familiar with these guys, you MUST check them out. They're the bomb! 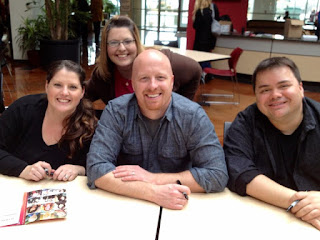 But, you know what?  Even though I am absolutely elated to have met Selah and others, the joy and fulfillment that came from those meetings is just a temporary high.  After each autograph and handshake, I always end up right back at square one, and on the quest for more.  Who can I meet next?  Who will give me worth? Who will love me?  Furthermore, while I "know" the stars, I think it's safe to say they do not know me.  Even after we meet, I am still just another face in the crowd.   Unknown by the ones I have sought for worth.

Two thousand years ago, the Magi chased after a star.  But, it wasn't the star they were seeking.  It was what, or rather who, lie beneath the star.

You see, what we seek and long for from others can only be provided to us by one. The One.  The One who laid under a star. The One the Magi sought.  Our Savior. Our Redeemer. The One who loves us and makes our lives whole. The One who gives us worth and knows us intimately.

"…Long before He laid down earth's foundations, He had us in mind, had settled on us as the focus of His love, to be made whole and holy by His love."
- Ephesians 1:4 (The Message)

The Magi chased after a star until they found Him. And, when they arrived in His presence, they bowed down and worshiped Him.


May we be like the Magi – chasing not the star, but The One who laid beneath it. For in Him, we are dearly loved and made whole.


Father God, thank You for loving us, for knowing us, and for giving us worth. As we travel down the roads in this life, Lord, let us be found seeking and worshiping You. Sign Your name on each and every day of our lives so we may be made whole and holy by Your love.  For You alone provide the fulfillment we long for.
﻿
Posted by The Slickery Road at 12:30 PM